You know that feeling, in the pit of your gut, that things are on the verge of going pear-shaped? That was me last Thursday night.  It was the Learning2 conference at Nanjing International School and two of my grade 11s were about to learn a student iPad Orchestra.

Back story… we decided to do the Doctor Who theme song back in April. Bought the score and got some general ideas on how to set it up.  The school had recently bought QLab and so we could match the theatre lights to the live music.  We had the iPads from the Design Centre. It looked really do-able.

Come August, and we couldn’t figure out what software to use. Everybody else who had used it was just using GarageBand or other free programs. The other option was iSymphonic, which is several hundred dollars.  We finally found WoodwindSS and Heavy Brass. Bought 22 leads to run to a mixer on stage. It seemed like it was all going well.

The first rehearsal was a complete disaster. We didn’t have the mixer, so the kids couldn’t hear themselves well.  Being in Asia, most of our kids either knew traditional Asian notation (numbers and dots) or solfeggi, and the iPads were all Western alphabet notes.  Lastly… um… yeah, we forgot to transpose the music! Sure, we had kids playing French horn on the iPad with French horn music, but the iPads were not transposed and the sheet music was! After a long time of tweaking, we finally got it done.

The rehearsals were amazing.  We had a smoke machine.  We had an explosion machine.  We had a fantastic video, made by one of the grade 11s, that featured a TARDIS spinning through a vortex with the school and Learning2 logos.  The lights flew across the sides of the stage in time with the music.  The disco ball put stars all over the auditorium.  The kids had come in for a weekend rehearsal and were totally killing it.

It was a lot of hard work, particularly the week of.  The student leaders (the conductor and performer/sound technician), theatre manager, and I stayed at school until 7 p.m. during the days leading up to it, fining tuning everything.  The performance was only 1:40 seconds long, but we wanted it to be perfect.

On the day of, I started getting butterflies in my tummy. One student skipped the tech warm-up. Another showed up without concert clothes. Another kept nagging me to wear super sparkly Converse on stage.  I got a last minute tech change just as we were walking on stage. One student forgot their iPad and RAN off stage to get it.  I was worried. And then it happened… disaster…

The video didn’t come on.  The students and I (I was doing the Dalek voice in the back) were sitting awkwardly on stage, engulfed in blue lights, with a silent audience before us. The student conductor was in the wings, desperately chatting into a walkie-talkie about the video not working. The student technician forgot to turn on the sound board and quickly walked back to the mixer beside me to do so.  We waited… and waited… the computer rebooted in the soundbooth and the audience laughed. When the video finally came on, it was only showing half the screen and the titles were all cut off. The kids were so discombobulated that they played poorly – wrong notes and sloppy.  The tech kids running the smoke machines didn’t know the new cues and didn’t put much smoke in.  The explosion machines didn’t go off until 5 seconds after the performance was done. It was such a bad performance that the PA Organization WeChat immediately started chatting about how horrible the performance was.

​But the funny thing is, the audience loved it. 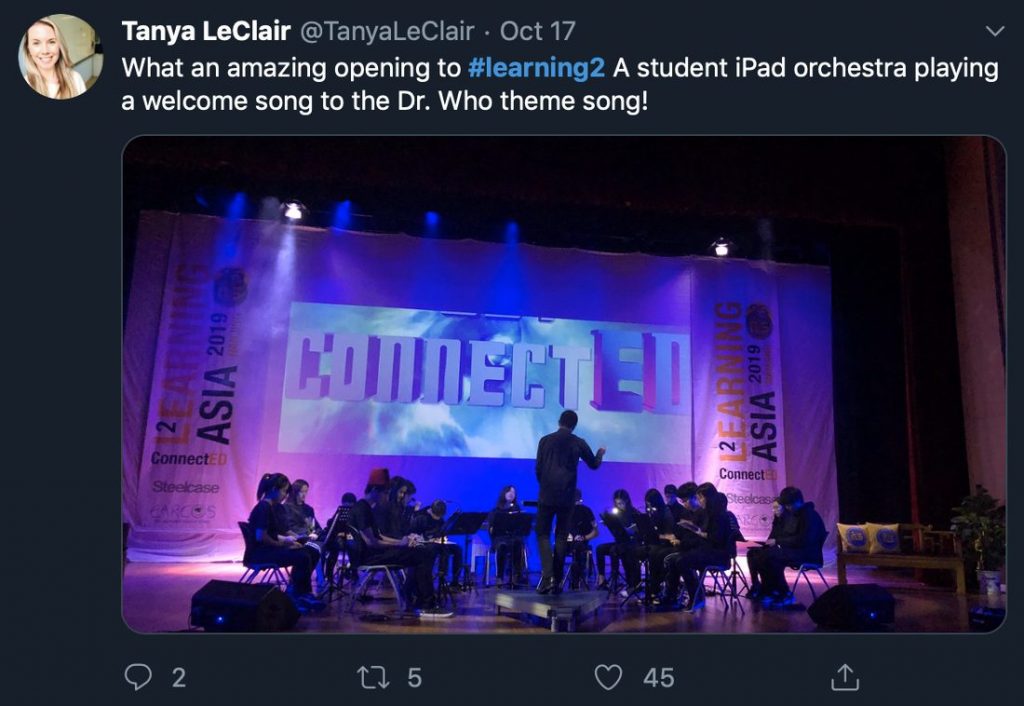 The visiting teachers said they were amazed that nobody from NIS jumped up to save the students. It was very clear that this performance was being run by two upper years students who were conducting their peers, and when the crap-hit-the-fan, they had to figure it out for themselves. The visitors said they loved that there was an awkward silence, because the kids on stage learned that sometimes things are awkward and you just have to sit through it. They were very sympathetic about the tech problems.

We started getting tweets about the performance being “amazing.”  The two student organisers and I are cynical about this.  We had a debrief with the theatre manager the next day and have already booked the next school assembly to redo it.  For our own peace-of-mind, we need to prove to ourselves that we can do it super. 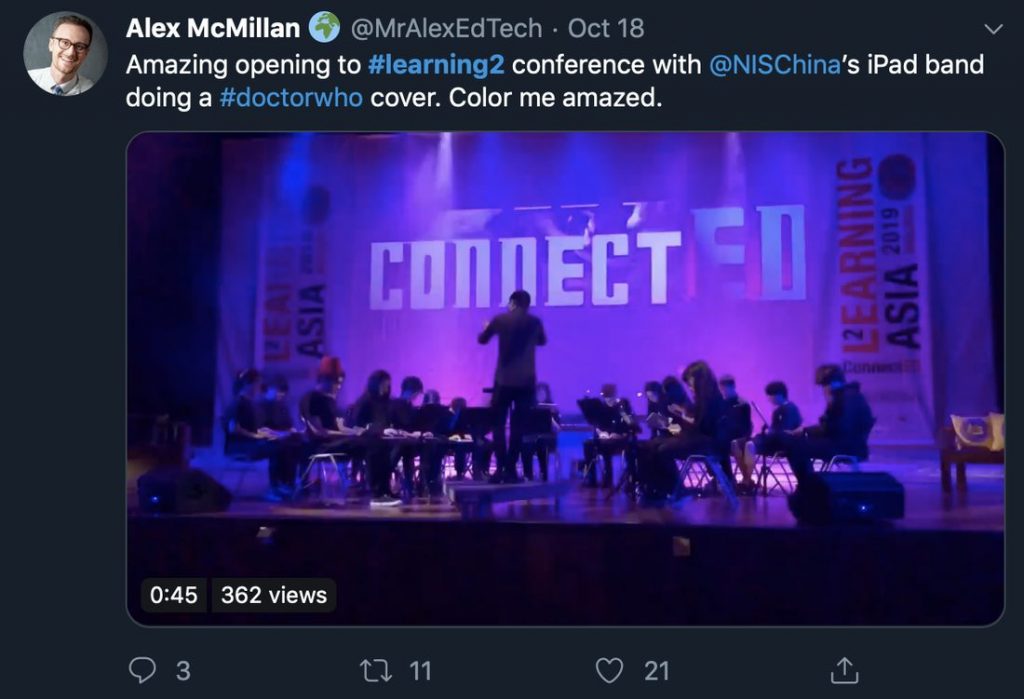 Anyhow, what I love about IB schools – There’s definitely a culture of failing-forward. Kids are given the freedom to experiment and to push / challenge themselves.  When things go pear-shaped, the kids are allowed the pain of figuring things out… and then are given chances to try again.